We have added a troop healing calculator. Let us know any feedback.

We have updated the troop training calculator to now also allow for targets based on Challenge Points and Power Increase, so that it becomes easier to use this tool to meet challenge requirements. If you have any other suggestions for this tool, let us know.

It is announced as a new feature in Mobile Strike, but I think they are correcting a mistake they have made. It was announced today that the combat boosts from the Commander Skill Tree and the Troops and Trap boost projects in the Commander research category now also apply to Advanced Troop and Trap boost categories. We have adapted the Advanced Combat Guide and information on our website accordingly. How it works now is more in line with Game of War, the only difference is that in Mobile Strike you need to have VIP Prestige 3 unlocked before the VIP combat boosts apply to advanced combat.

We had various pages containing information relevant for manufacturing prototype gear, which we have now combined in one overview page that contains links to all related information on the website.

We have extended the Prototype Gear Guide with a section to explain what data and tools are available on this website to support the process of manufacturing prototype gear.

The Nomad Cores and Attachments have been added to the website.

The new Kill Squad Gear for Infantry warfare has been added to the website.

The new Barricade Gear for Armored Vehicle warfare has been added to the website.

The new Fear Monger Gear for Tactical warfare has been added to the website.

The new Heavy Hauler Gear for Gathering has been added to the website.

The new Rebel Tracker Gear for Rebel Targets has been added to the website.

We have added a new tool to our website, a Prototype Gear Calculator. This allows you to select a boost, number of attachment and quality level and will compose the best Prototype Gear (based on cores and attachments currently in our database, if you are missing anything, let us know).

We aim to provide complete data overview and tools based on the data to assist in playing Mobile Strike. The way the game is setup makes it difficult to get complete data (e.g. VIP levels only unlocked once you enter new Prestige level, building and research project levels only available once you completed the previous ones and times only shown once you have all resource requirements filled, mods and cores and attachments boosts only shown for the quality levels you own...) and we really appreciate all the help anyone can offer. We try to as much as possible show unconfirmed data in italic, if you have data that is not yet on the site, or confirmed data for data that is unconfirmed, please share (either by sending e-mail or posting in the comment section), it is much appreciated and all players will benefit from it.

The event page containing overview of the Core Sets now contains a complete overview of the boosts of the corresponding Prototype Gear of quality level 6 with 5 attachments.

The new Pyramidion Troop Training Speed Gear has been added to the website.

The Dustoff Cores and Attachments have been added to the website.

A guide explaining how to deal with large and small players has been added. It discusses setting up a framework to allow both players to enjoy the game while keeping the overall state benefit in mind.

A guide explaining the benefits of the Battle Tested Research Gear has been added.

The new research gear set, Battle Tested, has been added to the website.

To give insight in the effect of using boosts and different troops we have added a new section in which we provide details of various different combat scenarios we have tested. For now it contains only few very basic scenarios. This will be a work in progress and we will keep adding more. The setup will each time to take a base scenario and add a number of other scenarios that only deviate in one way from the base scenario so that the effect of that specific deviation (e.g. a certain boost, a different troop type) can be quantified.

We have added a Tier 4 Requirements Calculator, which allows you to determine the total requirements (both original and remaining once you updated your profile) necessary to unlock not only Tier 4 but any feature that needs to be unlocked by research. This not only answers the question how far you are still away from your first Tier 4 troops, but also for example what it will still cost to be able to hit Lvl 4, 5 or 6 Levels, or what you still need to do to open the 4th Attachment slot.

While for attack gear normally you focus on gear giving attack boosts for one specific type, for defensive gear any attack boost will do, assuming you have a more or less balanced army. Attack boosts are still favored assuming your focus is to kill as many of the troops of the attacker rather than minimizing your own losses. We have introduced a new overview page that shows for each gear slot the top 10 gear with highest attack boost, and we split this out in two sections, one with gear using any material, and one with gear using only standard materials. This should offer some ideas, even for non/low spenders, to manufacture decent defensive gear.

We have confirmed added confirmed data for VIP Prestige 4 Level 10.

VIP Prestige 4 has been added to our website. We have done some educated guesses for the level 10 boosts and point requirements based on the limited information that we have so far.

For all troops, traps and special skills that can be unlocked via research we have added a Requirements section indication all resource, special item and time requirements to research the requirement project and all its prerequisite research projects and buildings. This gives a complete detailed overview of what you you to unlock Tier 4, but also for example to unlock Rebel Target Lvl 6. Unfortunately our database is not yet complete wrt the new research trees (Manufacturing and Advanced Traps and Troops), any information regarding those trees is much appreciated.

We have added a guide explaining the recently extended feature of Instant Training, which can now be done without all of the required resources. We discuss how to do it and its drawbacks and benefits.

We have added a matrix overview with Troop Attack Strength and Weaknesses so that in one overview you can see for all troop types and categories against which troop types they are strong and weak. 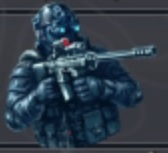 Advanced Troops have been added to all states. We have extended our Research Projects, Troops information and Troop Training Calculator accordingly with the information as far as known to us. Please provide additional information if you have it.

A new mod has been introduced, available in the June pack and related gifts. This mod increases your commander's maximum energy limit.

Explanation of how hospital bed capacity works and what to pay attention to.

An overview with all items and details per item have been added. We are still adding items.

Find this website useful? Please consider providing me with some much needed energy to keep going!