Types of resources available in Kingdoms of Heckfire and how to acquire them.

Kingdoms of Heckfire operates on several resources that players can either gather or receive through various sources. The resources are vital to your kingdom’s progress and are absolutely needed for various purposes throughout the game; for example to build new buildings or upgrade the existing ones, to research new technologies, to train more troops, and to finish timers faster.

Type of Resources in Kingdoms of Heckfire

Currently, there are 5 type of resources which exist in Kingdoms of Heckfire, each has its own purposes in the game. They are:

Players mine ore by building Quarries, can be collected from numerous mining sites in the realm, by raiding monster encampments and other kingdoms in the realm, by finishing City and Clan periodic tasks, and converted from Ore Tokens received as prizes from events.

Generally Ore is needed when players want to build a new building in the town, or upgrade existing buildings. Aside from that, Ore is needed for various branch or technology research as well. 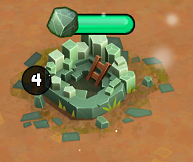 Players gather food by building Farms, collect it from numerous boar gathering sites spread throughout the realm, by finishing City and Clan periodic tasks, by raiding monster encampments and other kingdoms in the realm, and by converting from Food Tokens received as prizes from events.

Primarily Food is needed as a resource when players want to train troops. Other uses of food include as a resource for various technology research. 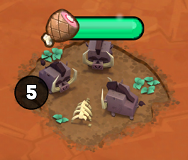 Players gather gold by mining gold deposits spread throughout the realms, by completing City and Clan periodic tasks, by raiding monster encampments and other kingdoms in the realm, and by converting from Gold Tokens received as prizes from events.

Gold is needed as a resource when players want to research certain technologies.

New technologies available for research in the University that affect Gold Gathering Rate will influence your overall kingdom gold supply, as well as how often you mine Gold deposits in the realm. 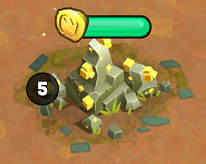 Players gather jewels by raiding monster encampments in the realm, fulfilling periodic quests both City and Clan, by participating in daily events and fulfilling points threshold in those events. Players may also acquire more jewels by buying it from the store. Possible amount of jewel acquired might be increased by researching jewel related technologies in the University.

Jewel is needed when players want to speed up timers attributed to a lot of processes in the game, such as building timer, upgrade timer, research timer, training timer, march and teleport timer, etc. Jewel is also needed as a currency to buy various in-game tokens that yields various effects, for example when players want to put up shield on their kingdoms to prevent attacks from other players then they can use their jewel pool to pay for a shield that will protect their kingdom from outside attacks for a certain duration of time.

Brew is basically an energy value which players need to have in order to be able to attack kingdom monsters and realm monster encampments, or to attack other kingdoms in the realm. Brew comes from various chests won from daily events, by purchasing it from the store, and by producing it through Brew Production Rate technology available in the University. Aside from Brew Production Rate technology, there are 2 other researchable technologies which affect your kingdom’s total brew supply. Those other technologies are Brew Maximum Capacity and Brew Efficiency Usage.

There are various tokens in Kingdoms of Heckfire, for example: Timer Speed Up, Ore, Food, Gold, Shield, and Brew Token. Tokens are available in various fixed amount of corresponding effects, some are freely available when players completed daily tasks and events, while some are only available in the store. You can buy tokens to get effects that you need using your Jewel Pool. 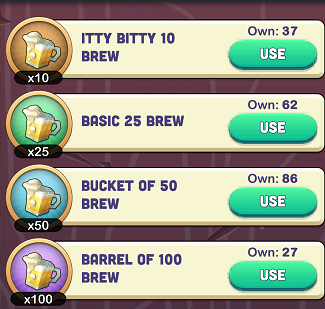 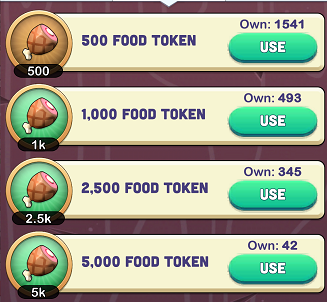 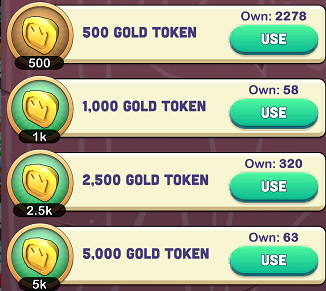