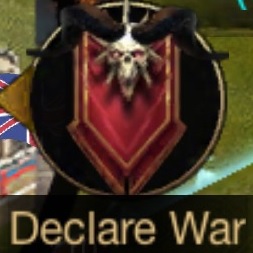 Once you have solo attacked some castles, you will probably have realized that a lot of potential targets simple have too many troops so that even with superior troop tiers and/or boosts it will lead to too many losses if you Solo Attack them. In such situations a rally is often worth considering. Rallies are an easy and fun way to score points with alliance members during kill events. This guide will explain the important facets of rallies.

How Does a Rally Work

When you select an enemy castle you have the option to Declare War, this is the option to set a rally. The Rally Leader sets the rally and selects the time. This is the time all Rally Fillers have to donate their troops to the rally. Once the timer is finished, assuming at least one person has filled the rally, the troops will start marching to the target and attack the castle once they arrive.

The Rally Leader determines the Maximum Rally Size and the Boosts of the troops.

The Maximum Rally Size is influenced by the level of your Hall of War and by the Alliance Research Project Colossal Legion.

The Combat Boosts are influenced in many different ways and it is best to pay attention to all. This list is very similar to the one in the Solo Attack Guide.

Lord Skill Points can provide a large attack, defense and health bonus, especially when your Lord has reached a higher level and you have more skill points to assign. The Combat Skill Tree is where you should assign your points before combat.

The Military research tree gives you valuable troop boosts. Individually they are not high, but they provide boosts that are always active for each of your troops. Keep researching those.

After playing for about 4-6 weeks you should have accumulated enough materials to make a 6 piece level 20 equipment set. Make sure your Lord is equipped with this set when you go for battle. Afterwards you can focus on making even better gear.

One of the easier boosts to get is from friends visiting your buildings. For attacking the friend representatives you invite (by clicking on the plus sign above the building) to your Barracks, Stables and Range building are important. Try to get some friends with high level lords (does not have to be from within your alliance) and make sure they are assigned to your building before starting the attack.

What you should not forget are an Attack and Defense boost. As opposed to the things mentioned above these have a cost (500 gold each for a 20% 12 hour attack and defense boost). When you expect the battle to be close, you should consider that these boosts (applicable to all your troop types) can make a huge difference in both the damage you do (Attack Boost) and your own casualties (Defense Boost).

The Rally Leader should include his Lord to make sure all boosts (Lord Skill, Equipment) are used. He should also include the dragon for extra damage. Make sure both are at a high level.

For Rally Fillers the amount and tiers of the donated troops are important. The March Size determines the amount of troops that can be donated. Most important factor is the level of your Drill Grounds. In addition the Leadership research project in the Military category influences the March Size as well.

Often the higher Troop tiers are better, although there are some exceptions. Best is to make sure you can train tier 5 troops before filling rallies. The tier 5 Infantry, Cavalry and Mage have good attack values. For Archers the tier 4 troop has higher attack value than tier 5. Infantry takes most casualties, but if you do not have enough, your other troop types will take a lot more casualties. You should train more Infantry than the rest because you will lose more of those.

I suggest for rallies to as default work with marches with equal amounts of Infantry, Cavalry, Archers and Mages. If your Castle is level 15 or higher you can use the troop presets (on right top of the Troop Details overview accessible via the banner pole outside the city wall, with all your troops)

Always important to check with your alliance who you can attack and when. It can typically range anywhere from always attacking anyone except for allies to no attacking at all unless approved by a r4.

Gold and Alliance loyalty is quite hard to come by and before deciding to teleport to suitable targets I would make very sure it is worth it. Better if possible to fight near your hive, even if this means you make some nearby enemies and/or have to march for 10-20 minutes. For Rallying this is even more true than for Solo Targets, as you would have to teleport with a group to the target and back.

Look at the flags and try to find targets who might be inactive based on the time of day.

Scout first before attacking, to make sure the attack is worth it (are there troops to kill, resources to plunder), but preferably do this when you are close to actually attacking, to minimize the time your target and his alliance members have to prepare.

If you can find some targets that are not in a hive, that is preferred, as they cannot easily be reinforced. Pay attention to reinforcements coming in after you set the rally, if too many reinforcements come, you might want to considering recalling the rally. If you do attack a hive, consider rallying several targets at the same time, possibly add some fake rallies (just one troop, or disband before they start marching) as well to confuse opponents.

Only select targets you are confident you can quite easily win. I tend to want to have at least two times the amount of troops the target has and attack with the highest possible troops, where the target typically has a lot of lower tier troops as well.

This should give you some pointers to start having fun rallying in Clash of Queens. If you have any questions or want to share other tips, let us know in the comments.