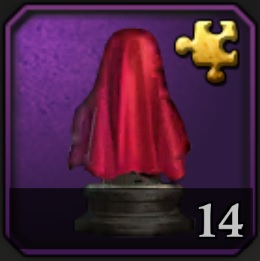 This article gives an explanation of the Prestige Statues that were introduced in update 4.7.0 in King of Avalon.

Explanation of the new Prestige Statues feature in King of Avalon.

In general you can consider this to be very similar to the emblems for dragon skills, in this case the prestige statues can be embedded to slots in the urban buildings. This can be done via a new Prestige Statues menu in the Stronghold.

Instead of the 8 slots for the Dragon Emblems, each urban building has one slot for the Statues, giving a total of 16 slots. There are 4 type of slots, each 4, to match the 4 types of statues. This kind of compensates for the fact that the boosts are 50% of the emblem ones, so that the total benefits can still be the same.

How to Get Statues

In addition the Goods Exchange has been extended with Statue Material. Initially the limit was 64 a day, but this was increased in update 5.3.0 to 253 a day.

In Update 5.3.0 the Merlin Trial shop was also extended with the possibility to buy 40 Statue Material for 741 credits, this can be done 10 times a day.

The Prestige Statues are unlocked once your stronghold reaches level 16.

In update 5.3.0 a set of new Prestige Statues were introduced, infernal. The previous ones (Thunder) cannot be upgraded to the new set. Infernal is setup in the same way as Thunder with 3 subgrades. The total amount of buffs you can get with an Infernal statue is 70% for the troop type specific boosts, and 24% for the general Troop boosts.

Very similar to Dragon Emblems, so not very original. As a low/non spender I like that it is available without spending, but it does take a long time to upgrade it to higher levels, and with the new Infernal Prestige States in Update 5.3.0 the gap between big spenders and non/low spenders becomes larger.