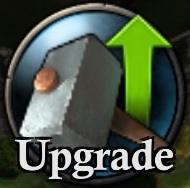 Inside the Walls in your City there are a variety of Buildings you can build and upgrade. In this guide we will explain the function of several buildings that have to do with the defense of your city, the Wall, Trap Factory and Watchtower.

Explanation of the buildings for defending your city, the Wall, Trap Factory and Watchtower.

When your city is attacked all your troops in your city help you defend, but the Wall plays a very important role as well. The wall can be equipped with Traps, which we will discuss in more detail when we discuss the next building, the Trap Factory, and Wall Defenses. The higher the level of your Wall, the more Wall Defenses you have.

If your alliance participates in the Fallen Knight Event, your Wall Defenses will also be damaged. Don't forget to repair them.

There are three type of traps, Dropped, Stationary and Targeted Traps, each of these have their own specific Troop Type they are strong against, respectively Infantry, Cavalry and Bowmen. There are four tier of Traps, which are unlocked by upgrading the Trap Factory. The traps are unlocked one by one. Keep in mind that the trap that the most recent trap you have unlocked is not necessarily stronger than the previous traps you unlocked, it might be the same tier, but just of a different type. Make sure you build a mix of the various types so that your traps target Infantry, Cavalry and Bowmen equally.

The Defense research category contains various projects to increase the Attack, Defense and Health of Traps, as well as the Trap Capacity. There are also Lord Talent projects, Dragon Skills and Gear that can improve the performance of your traps. In addition there is Alliance Research, (Balance) Lord Talent and Equipment that increases the Trap Construction Speed.

Note that your traps only take part in combat when you are attacked and you also have troops in your city. This is actually beneficial for the defender, as the traps are especially useful in combination with a large amount of troops, the traps alone will likely be easily destroyed by attackers. With the way it works, if you have no troops in your city, or all troops have already been hospitalized, the traps are not destroyed either by subsequent attacks.

Building Traps is part of your Daily Rewards.

The Watchtower can only be upgraded once a Sawmill is upgraded.

When there are incoming marches you can use the Lookout menu in the Watchtower to get more information.

The Watchtower can only be upgraded once a Farm is upgraded.

I hope this gives you some idea of the function and importance of the Wall, Trap Factory and Watchtower. If you have any questions or tips, please share them in the comments.