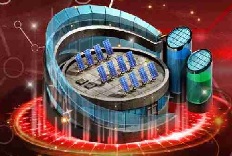 Mobile Strike has been extended with a new Building, the Biotech Lab, which can be used for crafing Serums using Test Tubes and Ingredients.

What do we know so far?

The Biotech Lab is located to the far left side of your base, just above the Troop Academy building.

It needs to be unlocked by a Biotech Lab BLUEPRINT and requires Chemical Silos to upgrade. As usual with new buildings, these required items only come in packs.

Once unlocked you can combine a Test Tube and various Ingredients to Craft a Serum.

Once crafted Serums can be activated (for a period of 30 days) to give you extra Boosts.

The boosts types and amounts depend on the Test Tube and Ingredients used.

Potentially, with the current Test Tubes and Ingredients, this new feature can provide over 5000% additional Combat Boosts.

The mechanism used for this new feature seems quite similar to prototype gear, where the cores are test tubes, attachments are ingredients and the prototype gear is now a serum, with the difference that the serum is something that you do not wear, but instead activate to get a temporary boost.

For Prototype Gear you needed to do a lot of research to use its full capabilities, for crafting the best Serums you need to upgrade the Biotech Lab.

I have mixed feelings about this. On the one hand I see it as positive that the game has stopped trying to introduce yet another way of improving gear (I think introducung Augments was already taking it too far), but on the other hand, it is yet another spending only feature to get better boosts.

I will provide the details on the Biotech Lab and available Test Tubes and Ingredients as far as known to me. If you have more information, please share in the comments.