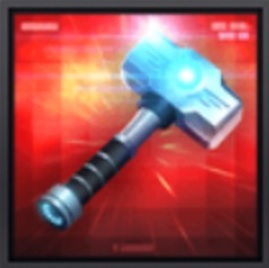 Yesterday the building upgrades to level 22 were introduced. In this guide we discuss these upgrades. We focus on the benefits, not the costs.

The costs are high, especially if you compare it to upgrading your building to level 21. Hundreds of millions of resources, thousands of newly introduced special items (the Legendary Hammers and Legendary Resource Hammers). The upgrade times range from 275 days to 1000 days. If we compare the increase in resources and upgrade time compared to level 21 we can conclude that relatively the level 22 upgrades take a lot more resources than they take time compared to the level 21 upgrades.

There are some benefits that cannot be achieved anyway else, which we will discuss below, so irrespective of the high cost, it will be worth it to get the competitive edge (or not fall behind).

Find below a table with the boosts associated with the upgrade to level 22 for each building. In the second column you see the incremental lvl 21 boosts (compared to lvl 20), in the third column the incremental lvl 22 boosts (compared to lvl 21) and in the fourth column the cumulative boosts for lvl 1 to 22. This way you can see what you get from the lvl 22 boost (compare whether it is better or worse than the lvl 21 increase was) and see the total you have once you completed the lvl 22 upgrade.

As you can see in the table above for a lot of buildings the boosts for level 22 are quite small, compared to the cost, but also compared to the additional boost for the level 21 upgrade.

The Farm, Iron Mine, Oil Well and Quarry all give a good increase in capacity and production compared to lvl 21. Having said that, I am curious whether anyone is going to calculate how long it will take, if you build one of each, before you have back the invested resources. Might take a while.

The Armory gives a significant manufacturing speed boost and normal and core manufacturing cost reduction boost. Nice if you do a lot off crafting, although these boosts can also be achieved in other ways.

The Bank increases the coin base capacity and production, but nothing spectacular. The training speed and (advanced) troop attack boosts are minor.

The Death Row gives only very minor additional boosts, much smaller than the level 21 increment.

The Embassy only gives half of the capacity increase for level 22 that it gave for 21. Also half of the level 21 Defense Bonus.

The Hall of Heroes is with a 10% Commander XP modifier and 1% Commander XP Retention for level 22, both smaller than the level 21 increment, probably one of the least useful upgrades. There are no extra skill points.

The Headquarters level 22 upgrade gives a major benefit, an increase of 100,000 to the Deployment Size basically makes a solo attack 40% stronger. Using the 50% Deployment Increase Item increases the 350,000 March size to 525,000. For some players the extra march slot might be relevant as well.

The Hospital gives a minor (Advanced) Troop Health boost. The additional Hospital Capacity and Hospital Healing Speed might not be that relevant for players making the upgrade. If your hospital capacity starts being an issue as someone who made the upgrade to level 22, you have serious problems, you likely fell asleep in wrong gear...

The Prison gives an increase in the (Advanced) Troop Attack boosts for holding commanders. The exact boosts are a bit to complex to fit in our current setup, but if the highest commander you are holding is level 50 or higher you will get a 35% (Advanced) Attack Boost for Level 22 instead of 30% for Level 21.

The Radar Station at level 22 gives a small increase (12% instead of 10%) in the troop attack penalty to enemy marches.

The Trading Post introduces new 10% (Gold) Gathering Speed and Troop Load boosts at level 22. There is a significant increase in the Resource Help Capacity and a (compared to level 21) small increase in the Trade Deployment Speed. Unfortunately there is no additional Resource Tax Decrease.

The Training Grounds gives only a small increase in the (Advanced) Troop Defense bonus, the Troop Queue is increased quite significantly, but if you already have a large Troop Queue, this is not that relevant.

The Walls give an additional (Advanced) Trap Attack and a new (Advanced) Trap Defense boost, and a large increase in the Trap Capacity, but actually by this stage in the game the traps are relatively useless because the amount of troops that can attack you in a rally are so much higher.

The War Room gives another 500,000 increase to the Rally Capacity making it a total of 2,500,000. This is a large difference, making rallies basically 25% stronger.

The Warehouse capacity is increased with 8,000,000 to 10,000,000, which is huge, but the Warehouse is still useless, because if you get zeroed, having or not having those 10 million of each resource is the least of your worry.

This leaves the Radar Station and Trading Post to be the only urban building upgrades not required for War Room 22.

It might not make a huge difference, but this means you should be able to reach War Room lvl 22 without upgrading your Farm, Trading Post and Radar Station to lvl 22.

There are some benefits of the Building level 22 upgrade that are worth it, no matter the costs (for those willing to pay), mostly the increased Deployment and Rally Size. A lot of the others are not worth it, but these two are game changers.