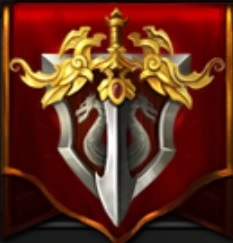 In update 2.9.0 King of Avalon has been extended with a Spirit Arena event. It is new event in which you can score points and win prizes by battling other Dragon Spirits.

How the Spirit Arena Event Works

When the event is active you can enter the Spirit Arena via the Event Center. Here you have the option via the Fight button to fight other player's Dragon Spirits. You get an opponent randomly assigned, I assume you get someone with a similar amount of points as opponent.

The fight itself is the same as when encountering other players in the Labyrinth. You get full health and mana bar each time.

The first 5 battles each give you two Dragon Spirit Material Chests as participation rewards, the others cost 10 gold each. There seems to be a maximum of 15 battles after which a cooldown timer prevents you from playing more. The cooldown timer seems to be about 12 hours from the moment you start.

I currently have a lvl 28 Dragon Spirit with purple Mage set, enhanced between lvl 0 and 7. I won 13 of my 15 battles the first time I played, which got me to 1300+ points, enough for the 3rd Score Reward. I encountered two level 40 players, one with a complete gold Warlock set, one with a mix of purple and gold, both were way too strong for me.

Which Dragon Spirit is Best?

I haven't done any analysis, but my gut feel is that for these type of battles it might be more beneficial to have a damage dealer like Berserker or Mage, instead of Knight, because you can use up all your mana (or health) to do maximum damage, without having to worry about the next fight, as you will be recharged again.

For Dragon Spirit Talent Points for these player vs player combats it is clearly better to focus on projects that benefit combat rather than for example stamina or satchel capacity.

It is a nice addition, especially if you have put in effort to build up a strong Dragon Spirit. It seems you battle against players from other Kingdoms as well, which is nice, but also has the drawback that older kingdoms have a large benefit. If you have any questions or comments, please share in the comment section.